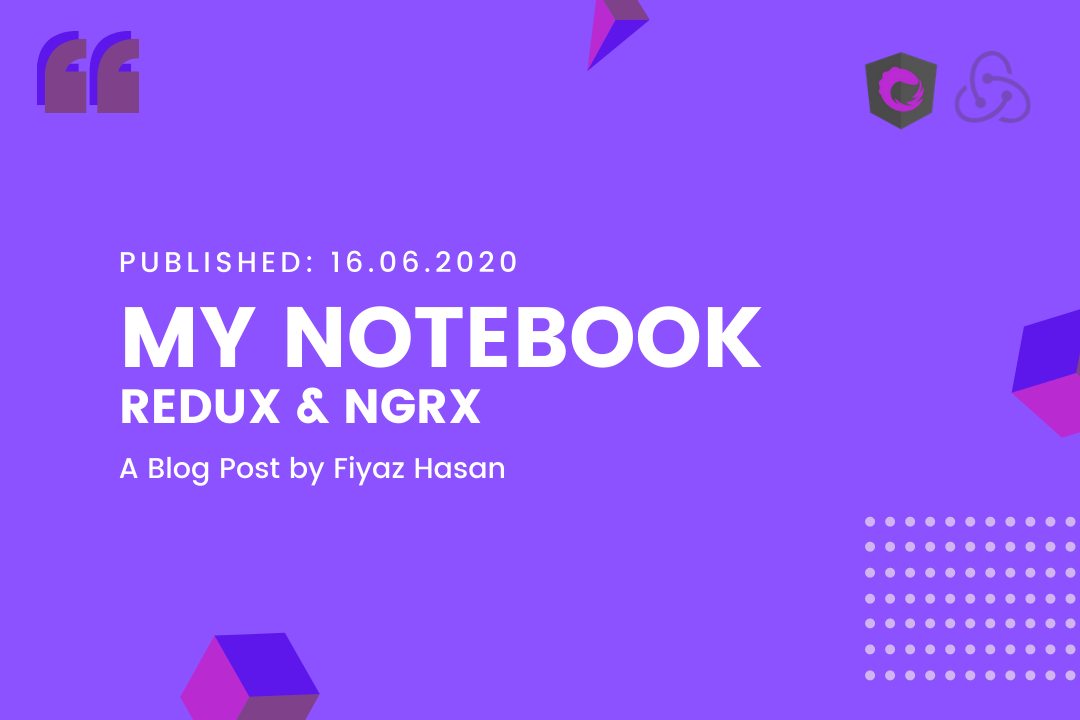 So, what do you think of the following simple app?

If I tell you to represent the current state of the app in form of a simple javascript object, how would you approach it?

I can only think of two different ways,

However, I would prefer the first one since they (counter and greeting) don't relate to each other.

If they were instead  firstName and  lastName , I would have extracted them in a person type.

Actions are the ways of bringing changes to the current state of the app. Practically it is also a javascript object and contains the following two fields,

The application state is subject to change. A reducer is a pure function that takes the current state and action being dispatched upon it. Depending on the action type it produces a new state and returns it. States are immutable. So, whenever we talk about making changes, remember the changes should be made in an immutable way.

The Object.assign() method is used to copy the values of all enumerable own properties -  MDN

Whenever an INCREMENT action is dispatched, only the counter property of the current state object is updated. Object.assign() creates a new state object by merging the existing state with the updated state properties.

As the name suggests, a store stores an application state tree. When creating a store, it should be configured with a root reducer so that it can have a track of the ever-changing application state.

In Redux, Store is created using the following syntax,

And in NGRX, it is created in the following way,

In Redux the following will dispatch an action to the store,

An action can be wrapped in function to make it portable. Following is an action creator for incrementing the counter,

Dispatching action using action creator would be something like the following,

To get the current application state in Redux use the getState() method,

In NGRX, use select to get the state associated with a reducer.

In ngrx, the root reducer is named simply reducer.

Slicing up into smaller states:

In a large-scale solution, the whole app state is sliced up into smaller states to make sure they are easily manageable. Each state has its own reducer. The following is the root reducer of our simple app,

We can slice it up into two smaller reducers like,

Note that, we are dealing with individual slices of the application state. So in the  counterReducer, the state becomes the  counter property itself and has the initial state value of '0' (zero). Same idea goes for the  greetingReducer as well.

counterReducer and greetingReducer can be combined together to yield the application state. In Redux, combineReducers method can be used inside the createStore method,